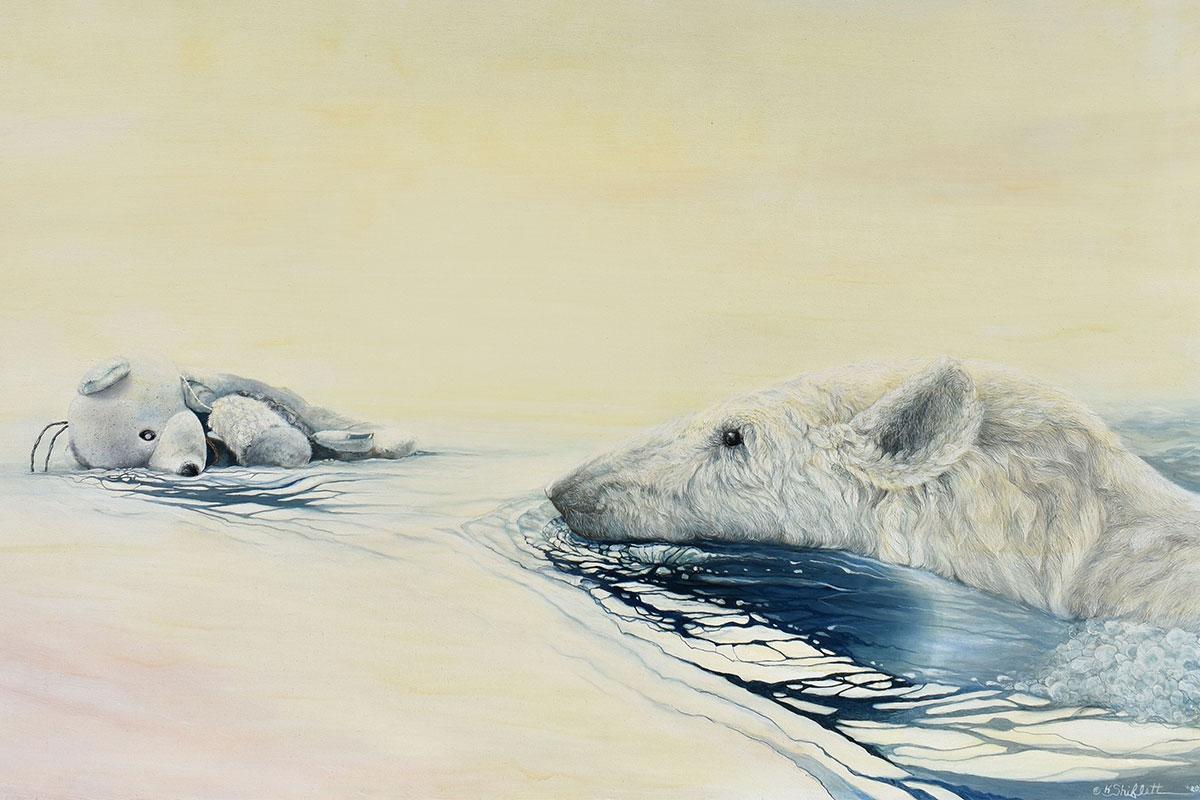 An Exhibition of Painting by Kirk Shiflett
August 5-26

Kirk Shiflett’s work is a social commentary on human environments and their encroachment on wildlife habitats. He integrates elements from various painting traditions including abstract and naturalistic wildlife painting. His work is highly detailed and surrealistic in nature. Animals in his compositions take on anthropomorphic qualities as they are thrust into cityscapes or made to cope with radical changes to their natural habitats. His work is emotionally stimulating and thought-provoking. His skill with the brush matches the conceptual quality of the work as he marries craft and conception seamlessly into masterfully composed works of art.

Shiflett was born in 1961 in Pueblo, Colorado. He began drawing at an early age, and he was captivated by wildlife, nature, and human interaction with it. He spent his childhood along the Arkansas River Valley around Pueblo, Colorado, observing and sketching the local flora and fauna. At 19 he enlisted in the Navy. He retired from this service in 2003, and spent many years abroad in Nova Scotia, British Columbia, Denmark, England, Spain, Azores, Ontario, Germany, Scotland, Italy, the Caribbean, and many more. During his travels, Shifflet sketched and practiced his talents, enjoying nature and experiencing the world. Later he received a BFA (Cum Laude) in Studio Art at Colorado Mesa University in 2015.

His Curriculum Vitae is located at: artofkirkshiflett.com. He received a heart transplant in May 2018. Shifflet lives in Rocky Ford, Colorado, with his wife Rose. They have four children and 12 grandchildren.