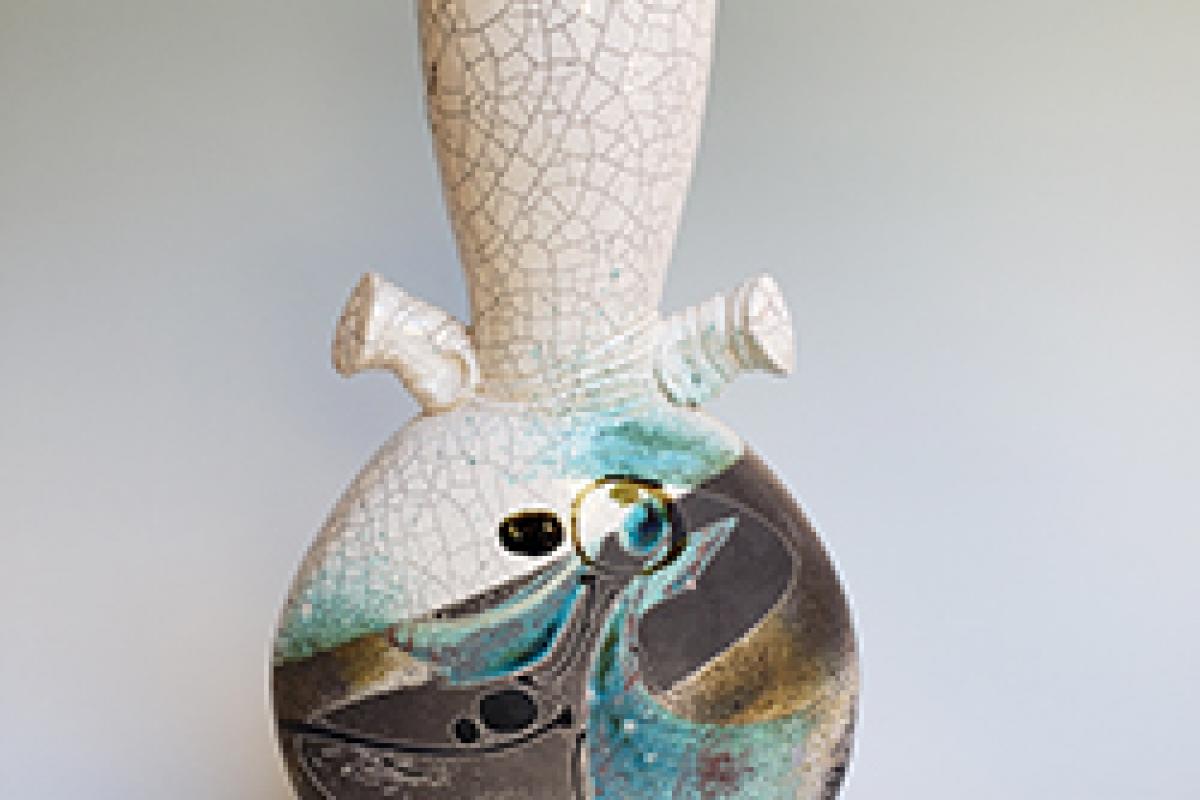 Terry Shepherd has led The Art Center’s ceramic studio since 1984. With a career spanning over 45 years, he is a respected ceramic artist and educator, and has studied under Paul Soldner and many others. Before moving to Grand Junction in 1983, Shepherd developed and worked out of his first studio in El Jebel, Colorado, from 1972 to 1983. Each year in December Shepherd exhibits new work alongside a selected artist working in 2-D mediums. This year he has chosen Steve Morley’s work spanning painting, drawing, printmaking, and comic book art as a posthumous retrospective of Morley’s artwork produced over his life. Steve passed away unexpectedly in July at the age of 53.

Steve Morley Remembered
Shepherd first met Steve Morley in 1999, the year Morley graduated from Mesa State College with his degree in art. Morley approached Shepherd for an internship in the ceramic studio. Though his background was in painting and drawing in college, he had a serious intent to learn about clay, ceramic process and studio practice. Looking back, Shepherd shares, “Steve was motivated and passionate and had the kind of dedication to learn and explore a medium like ceramics that I appreciated in a person, so I accepted Steve as an intern.” Within a short span of time Shepherd came to appreciate his willingness, attentiveness to detail, and especially his insatiable curiosity about clay and glazes, their properties and firing processes, and especially alternative firing offered by Raku and saggar firing. Morley’s curiosity led him to explore clay in a very personal way, and he often took risks in order to experience unexpected results. An example of this risk-taking was his firing granite composition rocks with Raku-based glazes and making vessels in clay imbued with his unique personality. During his two years as an intern, Steve became a valued and dependable assistant in various studio tasks.
In 2001, Morley moved on to pursue other employment opportunities but returned in 2015 when he was hired as The Art Center’s maintenance/facilities manager. Over the last three years, Shepherd reconnected with Morley and gained an even deeper appreciation for his talent and held great respect for his passion and serious dedication to his artistic endeavors in various mediums.

“Steve’s positive attitude and unique, ironic sense of humor could liven up any mundane moment! It seemed only fitting to offer to exhibit a body of his diverse artwork upon learning of his passing,” explained Shepherd. He adds that the exhibition “is an opportunity for the greater community of the Grand Valley to experience the legacy of such a gifted and compassionate person. His kind, quirky, and unconventional sense of humor and spirit shines through his art work. I miss him and will always be inspired by his positive attitude and unique expression.”

Terry Shepherd
Shepherd’s part the exhibition includes mainly vessel forms, some purely functional and others with a subtle sculptural stance inspired by natural forms such as river rock, plant forms, stylized figurative forms and geologic formations common to our desert landscape. His interpretation of firing processes is extensive, incorporating stoneware, porcelain, Raku, saggar firing and salt-vapored work. Shepherd draws inspiration from Chinese, Japanese, British and American stoneware traditions, as well as Native American ceramic practices. His approach includes deliberate placement of his pieces in the direct flame path of the kiln where the vapors from sodium and metal oxides result in sublime and dramatic embellishments. The contrasting colors of Shepherd’s over-glazes combined with his gestural brush strokes form a counterweight to the energy of his throwing and the softened geometry of slab forms. “I like the work to communicate a personal and visual language of the maker while celebrating the strength and essence of form and the lively spirit of clay and its ability to dress up, titillate our senses, and embellish life as enhanced by the hand.”