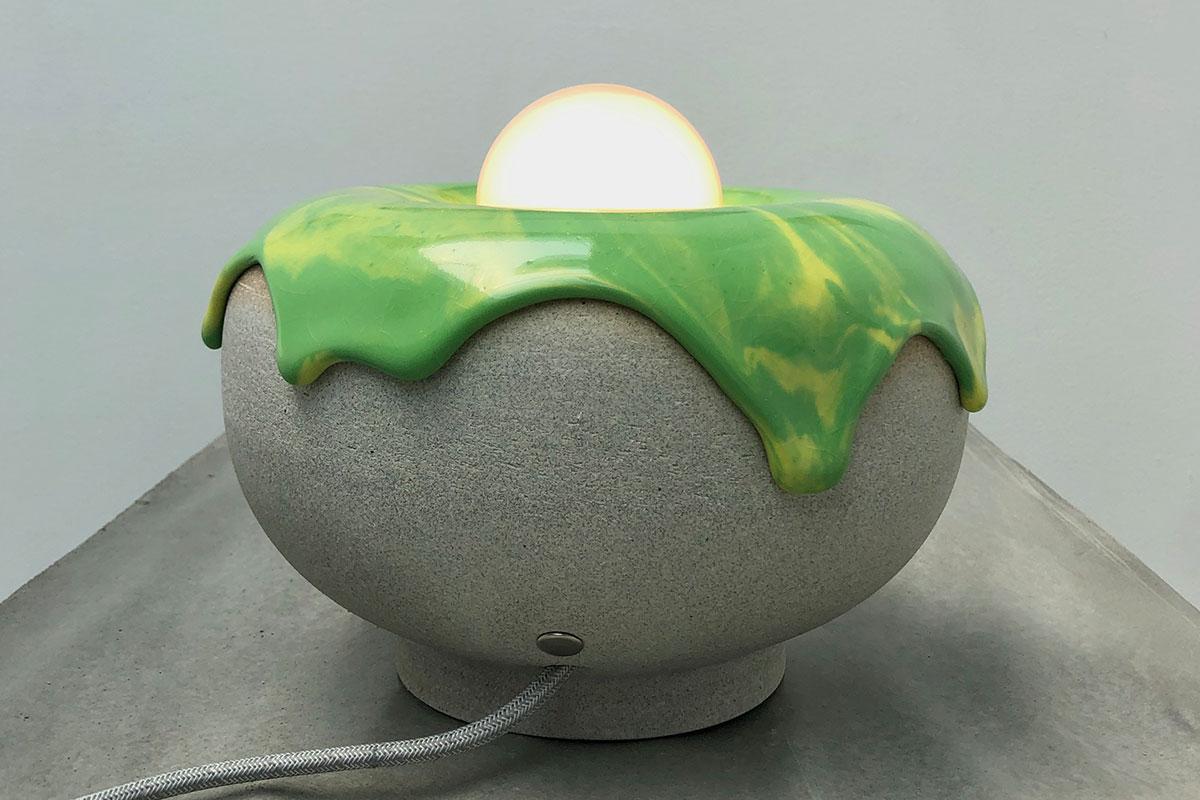 Terry Shepherd, The Art Center’s Director of Ceramics, has led The Art Center of Western Colorado’s ceramic studio since 1984. With a career spanning over 50 years, he is a respected ceramic artist and educator, and has studied and worked with Paul Soldner and many other accomplished ceramic artists. Before moving back to Grand Junction in 1983, Shepherd developed and worked out of his first studio in El Jebel, Colorado, from 1972 to 1983. Each year in December, Shepherd exhibits new work alongside a selected guest artist. This year he has chosen Eric Brinkman, a fellow ceramic artist and former student hailing from Manhattan Beach, California.

Shepherd will have on display a wide variety of vessel forms and platters for this exhibition, some purely functional and others with a subtle sculptural stance inspired by natural forms such as river rock, plant forms, and stylized figurative contours. His firing process is extensive, incorporating reduction-fired stoneware, porcelain, Raku, saggar firing, and salt-vapored ceramic work. Shepherd draws inspiration from Chinese, Japanese, British, and American stoneware traditions as well as Native American ceramic practices. Shepherd’s curiosity and pursuit of serendipitous results lead him to take risks and embrace alternative firing methods. His personal approach to firing some work includes deliberate placement of pieces in the direct flame path of the kiln where the vapors from sodium and copper metal oxides result in sublime and dramatic embellishments. The contrasting colors of Shepherd’s over/under glazes combined with his gestural brush strokes form a counterpoint to the energy of his throwing and the softened geometry of slab forms. His functional work is a testament to his demands for high craftsmanship and celebration of gestural brush work in design and color.

Shepherd states, “I like the work to communicate a personal visual language while celebrating the strength and essence of form and the lively spirit of clay and its ability to dress up, titillate our senses, and embellish life as enhanced by the hand! I especially like to embrace the unexpected and serendipitous results of the firing process, as it can embellish the work beyond my intent!”

Shepherd says, “I’m pleased and honored to have Eric show with me. This is the first time I’ve invited a ceramic artist and not a painter or glassblower to show with me! I was excited when Eric agreed to this exhibition, as his work in clay is in such contrast and counterpoint compared to mine. He will bring an exciting dynamic to this exhibit! I’ve followed his career and development of his work since he graduated from CMU in 2009 and eventually relocated to Manhattan Beach, California, where he is the Cultural Arts Supervisor and is engaged in curation, exhibition operations, and pottery program/studio management at the City of Manhattan Beach Art Center. When he was still in his teens and a student in my classes I was struck by his courage to explore creating in clay and his unique and often unconventional approach to working in clay. He was constantly challenging clay and process to perform in ways that embraced high risk of failure, but he was directed by a confident attitude of discovery. He had a kind of insatiable level of curiosity about clay and firing processes. Years later it’s satisfying to see he is executing such coherent and conceptual ideas about design in clay. He has clearly developed his own personal voice and language as it relates to the role clay plays in his interpretation of our current culture and his engagement with creative activity. I think the public will find his work provocative and challenging to their expectations of what clay can be! I enjoy having one of his lamp pieces in my personal collection. So, come on down, take a break from the nearly two years of Covid-19 stress, and whet your appetite with this visual feast of form, color, and contour in clay. Guaranteed to not disappoint!!!”

Brinkman states, “My personal art practice is largely research-based. I endeavor to push ceramic materials past their formal language while acknowledging their cultural context. I like to make both functional and sculptural objects that engender new aesthetics and solicit questions about process.

“Pottery has many complex structural arrangements: physically, functionally, and culturally. I look for entry points into talking about these relationships through the use of aggregations, still lifes, molecules, classical forms such as amphoras and bowls, as well as tableaux. Each of these layouts demonstrates the possibility of how arrangements can be both organized and complex, narrative and functional, personal and abstract.

“Aside from being an artist, I am currently working as a curator and educator. I have taken on these roles because I believe in the utility of art to create healthy communities. Furthermore, I believe the artist is beholden to the people to report his findings. Working towards this end, I have found curating and teaching to be extremely useful.

“Finally, I’d like to acknowledge my excitement in being included in this exhibition. I have a long history with The Art Center and specifically with Terry Shepherd. Terry ushered me into a world of clay as a teenager, and he has remained a mentor since. Many people have contributed to my life as an artist through being involved in this institution, and I am humbled to have the opportunity to present my work here.”